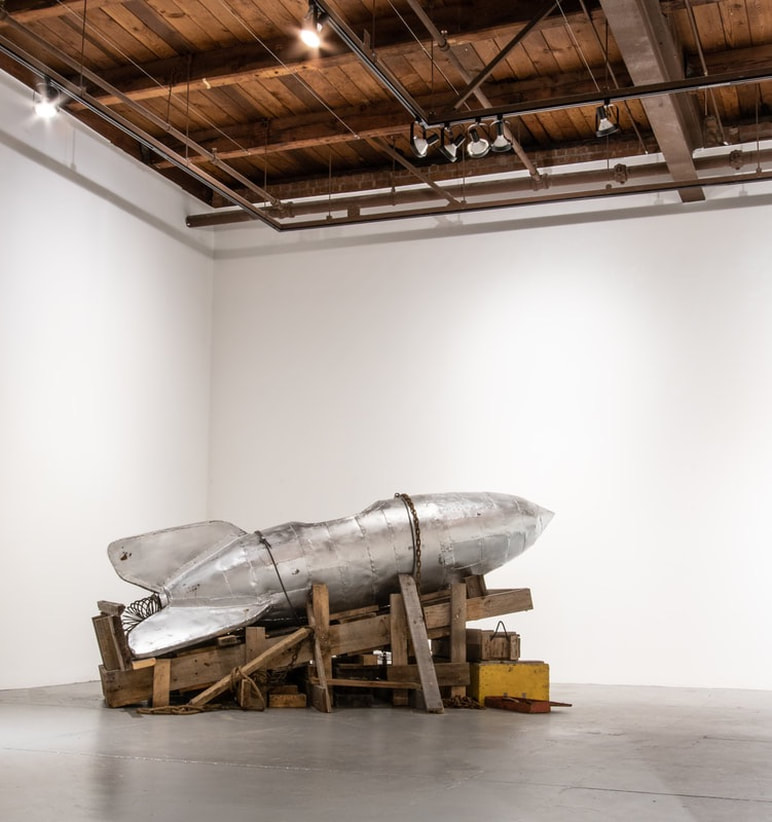 Self-Guided Missile, 2019
Matt Neckers is a visual artist and teaching artist who works in a variety of media including sculpture, photography, painting and installation. Matt’s work has been featured by Hyperallergic, Art New England, Vermont Public Radio, the Whitefish Review, Seven Days, and Vermont Art Guide. Take Magazine named him a “2017 Artist to Watch”.  Matt received a Creation Grant from the Vermont Arts Council, with funding from the National Endowment for the Arts, for his Mobile Museum Project, The Vermont International Museum of Contemporary Art + Design, which toured multiple locations in Vermont including the Kent Museum, an abandoned asbestos mine, a remote pond, Burlington City Arts, the Fairbanks Museum. He also created an interactive museum inside of a 1940s refrigerator which was installed at the Fleming Museum in Burlington, Vermont in February of 2019.

Matt previously received a Learning in Art and Culture Fellowship through the Vermont Studio Center, culminating in a solo exhibition of his work, which was funded by the National Endowment for the Arts and the Vermont Arts Council. For his teaching, Matt was named Vermont’s 2016 Lead PBS LearningMedia Digital Innovator. This national honor is given to one educator from each state. He was named a Juried Teaching Artist by the Vermont Arts Council.  He was also given a Distinguished Arts Education Leader Award by The Vermont Alliance for Arts Education (Affiliated with the Kennedy Center Alliance for Art Education).

Matt lives in Northern Vermont with his family.